Waxing virgin? Step-by-step guide of what to expect…
Posted on 24th June 2015 in Salon 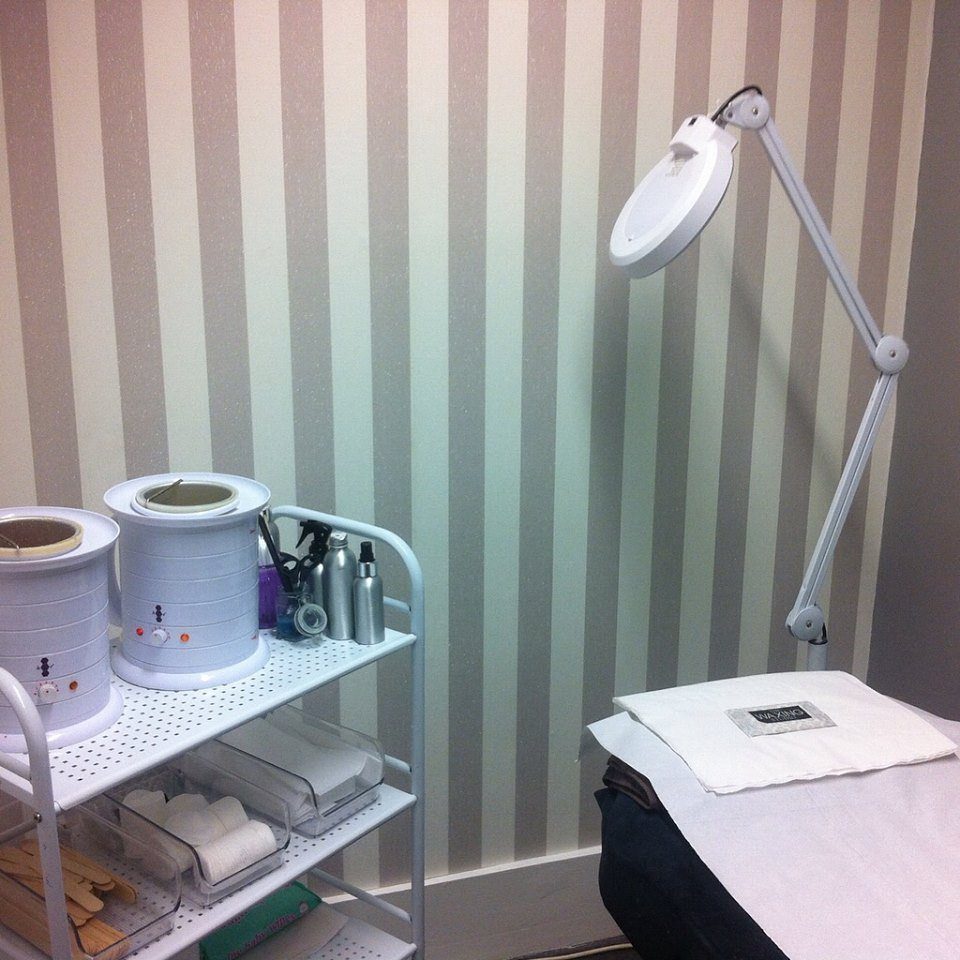 If you’re a waxing virgin and are considering it for the first time, we understand you’ll have some questions, a few nerves and, if you’re having an intimate wax, you may be worried about feeling a little embarrassed.

Knowledge is power, so they say, and with that in mind we asked a first time waxer to come in for a treatment and write about the experience. From entering the treatment room to leaving, we asked our wax virgin to explain the process so others can know what to expect from a wax at The Waxing Studio. Here’s what she had to say…

“I’ve never had a wax before, I’ve always felt comfortable with shaving but I know I probably shouldn’t be using a razor in intimate areas. I’ve heard a lot about Hollywood waxing from the celeb magazines recently and as it’s summer and with a holiday looming, I thought I’d give it a go.

I knew that the wax involved removing all hair from the pubic area, but didn’t know how this would be done and imagined allsorts of awkward yogo/pilates positions and a rather embarrassing encounter with the therapist. Luckily, the girl who did my treatment, Katie, was very down to earth and put me at ease immediately. 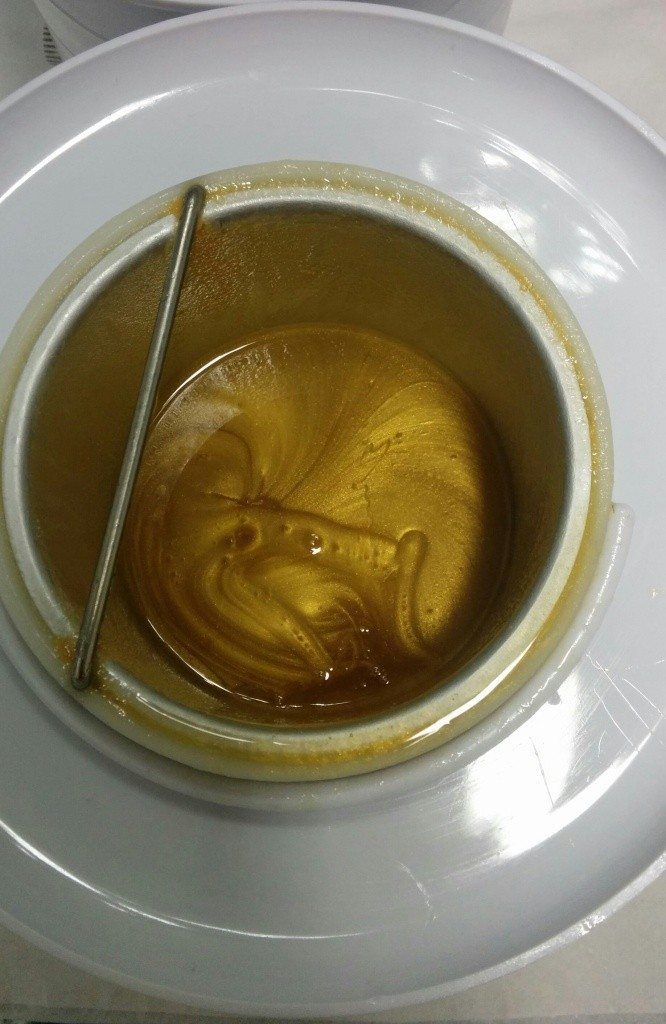 I arrived at the salon and only waited a few minutes before being taken into one of the private treatments rooms. Katie introduced herself and checked which treatment I’d come for. She asked if I’d had that kind of wax before (no) and then if I’d had any sort of wax before (no). Katie described the process and showed me the wax pots that were sitting next to the bed. At the end she asked if I had any questions. She then did a short consultation ahead of the wax to ensure the treatment was right for me. She asked:

Katie then asked me to take off all the clothes on my bottom half and sit on the bed. She pointed out individually wrapped hygiene wipes, and the bin, that I was welcome to use if I wanted. She then left the room for a few minutes.

As I undressed I took in the room and noticed clean paper roll on the bed and a separate piece about the size of a hand towel at the foot of the bed which I placed over myself as I sat waiting for Katie’s return. There was a notice on the mirror at the other side of the room which detailed what to expect in the room; fresh paper towels, a new wax stick for every application – no double dipping of wax sticks, etc, which was all very reassuring.

Katie knocked first, then came back into the room. She said the first area she would wax would be the butt crack. I hadn’t expected this! I knew she was removing all pubic hair but hadn’t realised that meant the bottom too. I hesitated a moment and Katie said not everyone had that part done, but that it was the least painful bit and that’s why they started there. I decided to go ahead with it, but felt initially uncomfortable.

Katie asked me the lay on my left side in the foetal position facing the wall. She then guided my right hand and asked me to pull my right cheek slightly away from the crack. She then applied some wax with a wax stick and asked if the temperature was ok for me. Very quickly she applied the wax strip and pulled. It was just like a plaster coming off. No drama, just a slight initial tug of the skin. This was repeated around half a dozen times, each time with a new wax stick and strip, until the area was done. It really wasn’t too invasive at all and my initial worries about having this area waxed were gone.

I was then asked to lay on my back with my right knee bent up towards my tummy and then pulled out to the side with my hand. Katie then applied some wax to the sides of the ‘undercarriage’ and again asked if the temperature was comfortable as the skin here is obviously more sensitive. She then got to work removing the hair here, again with around half a dozen or so stirps. This was a little more painful but definitely bearable.

Kaite worked her way up towards the pubic bone and then finally waxed the creases of my legs and across the main frontal area. I have to admit that this was the most painful part of the wax. The skin is thinnest here and there is some discomfort. It only lasts for a few seconds and is gone but as Katie worked her way around the area there were a few moments of initial stinging in quick succession. Afterwards, Katie applied lots and lots of moisturiser which felt lovely and cool against the skin.

Katie said to expect some initial redness and possible mild sensitivity for the next 24 hours. She said to keep the area moisturised and to have my shower or bath water a little cooler than usual becasue the skin will be more sensitive. She told me to avoid sun exposure to the area for 48 hours and to exfoliate in 48 hours to keep dead cells away and to help maximise the wax. Katie then left the room whilst I got dressed. I had a little look in the mirror but didn’t want to touch or feel the area just yet. There was some slight redness as Katie had said but she had done a thorough job and every bit of hair was gone! I got dressed and left the room, Katie had already gone in to do another treatment I think and so I didn’t get to say goodbye but one of the other girls thanked me as I left.

I have to admit that since the wax I have had absolutely no problems with redness, sensitivity or irration. I had a busy afternoon after the wax and didn’t once think about it. Only when I went to the toilet did I remember, there was honestly no unusual or uncomfortable feelings. I followed Katie’s instructions and moisurised the area for the next few days, had cooler showers and then after 48 hours used my shower puff as usual when I washed.

Two weeks on I still feel very smooth in the bottom and underneath areas and only slight regrowth is starting to appear in the frontal area. I’ve been really impressed with the results and think I will go back for another Hollywood at some point. I may not opt for the bottom part everytime, as I don’t particulary feel the need to have that area so smooth, but it is nice to have the other areas so soft, smooth and hair-free!”

We hope you’ve found our wax virgin’s review helpful. We think she’s been quite honest and fair about what to expect, and you know what? The more regularly you have a treatment, the less painfull it is and less regrowth you’ll experience: it’s win/win.

This website uses cookies to improve your experience while you navigate through the website. Out of these, the cookies that are categorized as necessary are stored on your browser as they are essential for the working of basic functionalities of the website. We also use third-party cookies that help us analyze and understand how you use this website. These cookies will be stored in your browser only with your consent. You also have the option to opt-out of these cookies. But opting out of some of these cookies may affect your browsing experience.
Necessary Always Enabled

Any cookies that may not be particularly necessary for the website to function and is used specifically to collect user personal data via analytics, ads, other embedded contents are termed as non-necessary cookies. It is mandatory to procure user consent prior to running these cookies on your website.